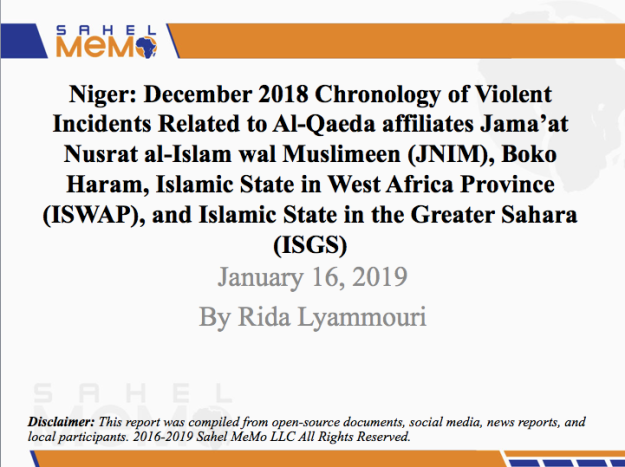 Going forward: Violence and intimidation acts highly likely to continue against mining companies escorts and personnel, and civil servants in Est and Sahel Regions. Militant groups are aware of the importance of gold mining to the state and its international partners. Civil servants, notably teachers will become further reluctant to return to their posts in regions (Est and Sahel Regions) under constant threats by militant groups. Following recent success there is strong possibility to see expansion of similar acts to other regions of the country. In addition to Est and Sahel Regions, acts of intimidation against teachers observed by Sahel MeMo at least in Nord Region. 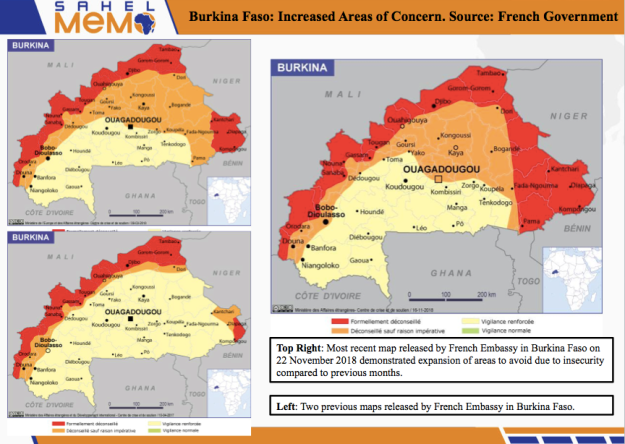 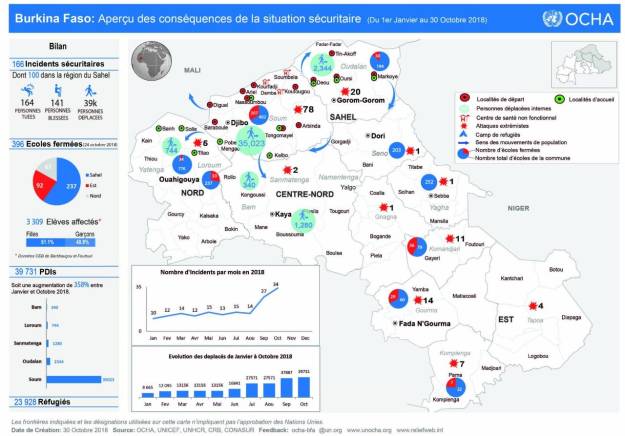 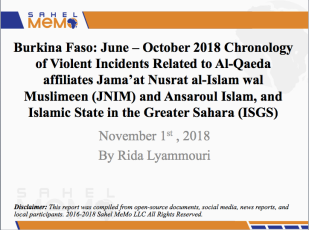 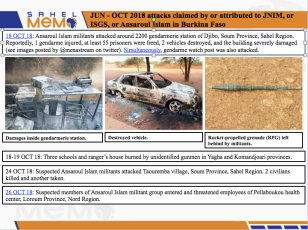 State run TV station announced some satisfaction about conditions of the elections throughout most of the country. However also pointed out to different types of incidents that either disrupted the event or prevented people from voting at all. For instance, several offices were ransacked by unknown gunmen in Central Region and people were not able to vote. Absence of electoral agents prevented voting in 10 voting centers in Ségou and Timbuktu Regions. 61 offices never opened due to insecurity in Mopti and Timbuktu Regions. According to Malian authorities no vote took place in at least 644 elections offices due to different acts of violence. Furthermore announced that voting was disrupted in at least 3988 other offices. According to Morgane Le Cam, journalist who has been covering the elections, tweeted that 81 percent of closed voting offices due to insecurity were located in Mopti Region, 13.4 percent on Timbuktu Region, and 5.4 percent in Ségou Region. Refugees in Mauritania, Burkina Faso, and Niger were reported to have been able to vote according to impressive live coverage by sahelien.com.

This was expected, at least for observers following the Malian and regional conflicts very closely. Security situation in Mopti Region have deteriorated not only due to militant groups like JNIM (Jama’at Nusrat al-Islam wal-Muslimeen), but also to tensions between local communities. No major incidents related to militant groups took place the day of elections with the exception of intimidation acts and rocket attack in Aguelhoc, Kidal Region. Alleged members of militant group JNIM threatened and warned local population from voting in different location in Mopti Region. JNIM also claimed responsibility of launching rockets on MINUSMA base in Aguelhoc during elections day. In the statement (see the claim #83) JNIM stated that this is an indication that the fight will continue against the French and its collaborators until Shari’a wins, and these elections don’t mean anything. 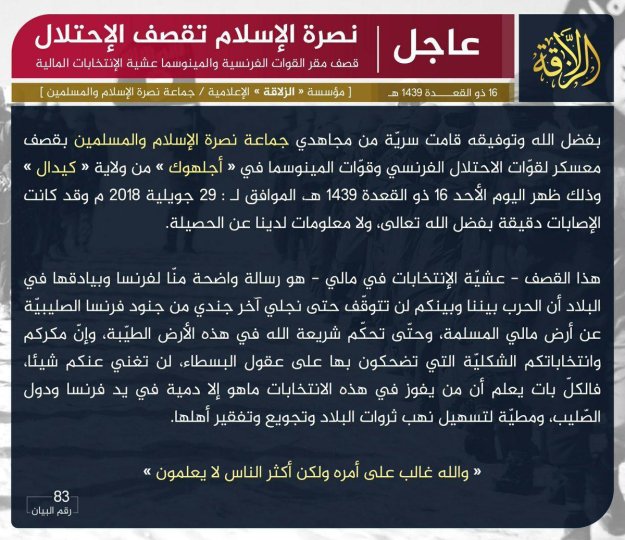 At this stage it’s too early to predict who is going to win, however; there is strong possibility of second round. Soumaila Cissé is the strongest challenger to current president Ibrahim Boubakar Keita. Again, this is just a prediction based on early counts coming in, remains to be seen. Overall, today’s elections occurred in less violent conditions compared to 2016 municipal elections when several offices were burned and voting boxes destroyed. Also, no major incidents recorded in Ménaka and Kidal Regions where State has limited to no presence.

These are crucial moments for Mali and the Malian people, whatever the outcome of these elections is, the focus should be on what’s ahead. Any elections related violence will further delegitimize state credibility not only in the north and center of the country but also in the south. The government will also lose credibility among the opposition and armed groups signatories of the peace accord. As a result causing further instability throughout the country and delay in implementing the peace process. Something militant groups, like JNIM will exploit further to its narrative highlighted by Iyad Ag Ghali, that these elections are useless and only used to serve the usual beneficiaries and not the Malian people. This is an opportunity for Malian political elites to show willingness and leadership to move the country forward and delegitimize JNIM and other spoilers. 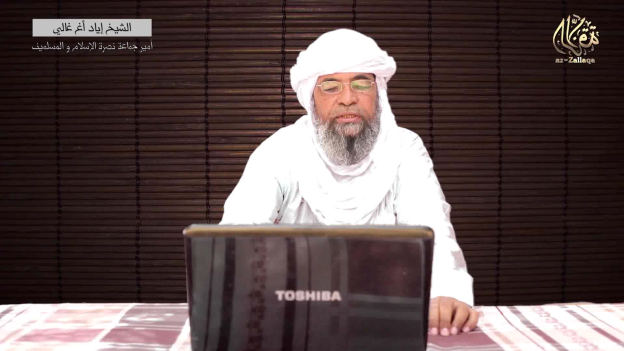 Here is a translation, not full, of the key points highlighted by Iyad Ag Ghali, JNIM leader, in his 9mn51s video released on Friday, July 27th.

“I am certain many observers are expecting a huge speech to shed light and describe our position (JNIM) in regards the upcoming presidential elections and political situation in Mali. However, let me bring some disappointments to these anticipations about the most important event (elections) to those benefiting from it, our position was already addressed by our Cadi (Judge) recently. I will only say that these elections are just a distraction and waste of time full of unrealistic promises as we are accustomed to for decades. Promises that don’t fall on the same line with Shari’a.”

“However I would like to ask the great people of this country and warn them, and advise them, that faith is the right path. Past and current colonizer, France, did not achieve its motivating objective to invade our country. Repeated operations did not bring the success planned, which is defeating al-Mujahidin, however [and thank to God] number of Mujahidin have doubled, gained more support, and even expanded. This failure of the French have pushed them to unleash the criminal Malian Army to commit atrocities and abuses, for instance those committed in ke-Macina and Boulkessi, in Ségou and Mopti Regions respectively, and in other places. Innocent men, women, and children were victims of these atrocities, and these crimes in God’s willing will not go unpunished. The situation did not stop here and even further ignited tensions and violence between different nations, clans, and tribes, and some even fall into the trap of dark-age wars. I am calling my people of Mali and Azawad to be cautious of falling in enemy’s trap and to be disrupted from fighting against the crusaders and their collaborators whom are responsible for Muslim’s blood. Killing fellow Muslims purposely will send them straight to hell.”

“I am also seizing this opportunity to renew my call to different militias and groups abandoned their religion to return to their senses. They abandoned their people and sold themselves cheap and aligned with crusaders in the fight against al-Mujahidin. We ask them to return to the right path and God will pardon them. About our message to the Muslim nation, is to remind them of their responsibility toward al-Mujahidin in Mali. The war against Islam is a global war and the international community still trying to destroy the Islamic project here by forming Sahel G5. Several Arab and Muslim traitor nations engaged in providing financial and other supports to Sahel G5. Our beloved Muslim nation, our Mujahidin still count on your support at different levels and expertise and knowledge. I am reaching out to my brothers’-and-sons’ al-Mujahidin and their supporters to remain strong in their path toward establishing our Islamic pride. And to our prisoners in the hands of our enemies I advise you to stay strong and spend your time on what’s beneficial to you, and pray for your brothers and your Islamic nation. We will do anything and won’t stop trying until we set you free.”

“Before I forget I would like to send in the name of JNIM our thoughts to the resilient people of Gaza and al-Quds. You are carrying the task of the fight against different traitors, we will pray for your victory and ask you to remain resilient. We are fighting in Mali but our eyes are on your fight and following it closely.” 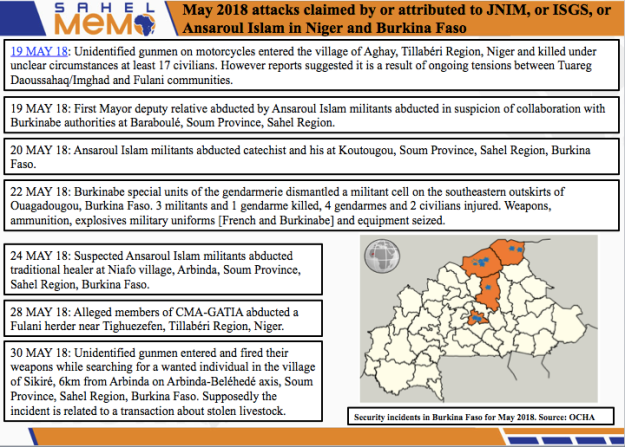 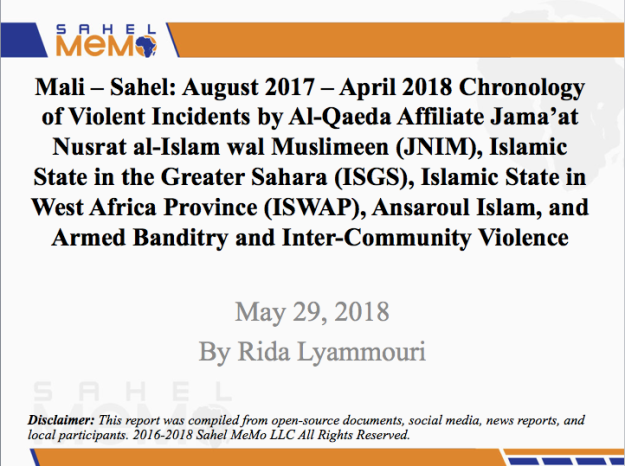 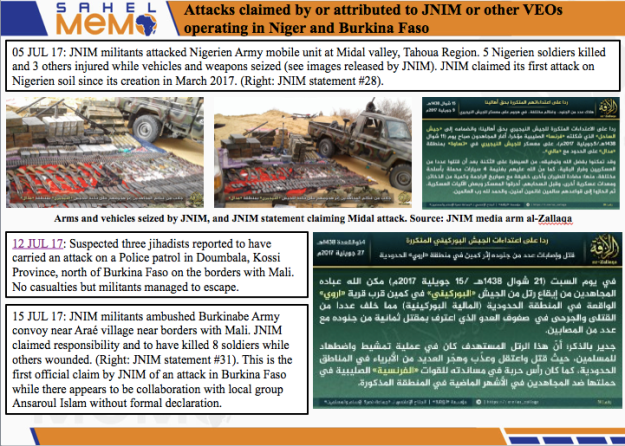 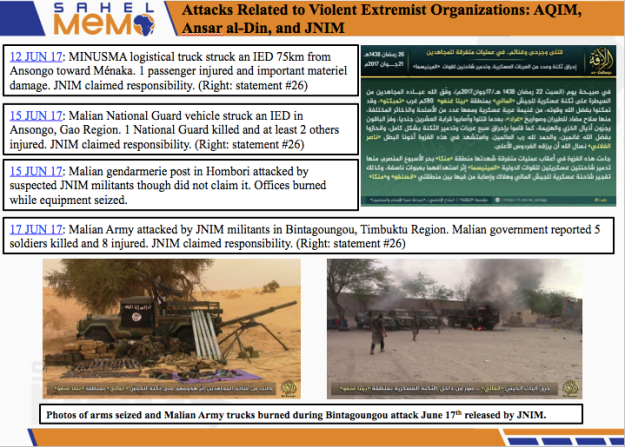 Nusrat al-Islam wal Muslimin (JNIM) released new video of six remaining hostages. Hostages detained include a French, Australian, South African, Colombian, Swiss, and Romanian. Video was released on 01 July 2017 through its media outlet az-Zallaqa but produced by al-Ezza production, first if I am not mistaken, and maybe JNIM’s new media outlet/platform! This came a day before French president, Emmanuel Macron, second visit to Mali within a month. Also, days before the release of Swedish hostage Johan Gustafsson who was kidnapped (with 5 others) by al-Qaeda in the Islamic Maghreb (AQIM) in November 25, 2011 at Hotel al-Afia in Timbuktu.

Six hostages appeared in the video. South African Stephen McGow showed first in the is the only hostage remaining from Timbuktu 2011 kidnapping. Second, Australian Eliot Kenneth, kidnapped in Burkina Faso January 2016. His wife was also taken but then released weeks later. Romanian Lulian Ghergut, taken also in Burkina Faso April 2015. Worth noting that Adnan Abu Walid al-Sahraoui, head of Islamic State branch in the Sahara claimed to have Lulian Ghergut when the group pledged allegiance to Islamic State, and split with al-Murabitun of Mokhtar Belmokhtar.

Before showing other hostages the video denounced Christian missionaries operating in Mali. This to justify the reasons of the kidnappings of three humanitarian workers. The first hostage accused of proselytization is the Swiss Béatrice Stockly, who was taken for the second time from Timbuktu in January 2016. Second hostage is the Colombian Gloria Cecilia Narvaez, also accused of proselytizing and described as “Franciscaine.” Sixth and last showed hostage is Sophie Pétronin, humanitarian and last to be taken, kidnapped in Gao December 2016. Sophie Pétronin was accused also of spreading western ideology while showing Emannuel Macron speech promising during the elections to protect the French people. Pétronin also appeared asking for French president’s help for her release, and her need for a surgery due to existing tumor in her left breast. This indicates that the video was made during the last two months, May and June 2017.

Representative of the jihadist group with face covered appeared and noted that serious negotiations has yet to take place. He also made reference to previous hostage releases and to say that this will depend on the political willingness of their respective governments.

Important to note JNIM’s video did not mention Jeff Woodke, an American who was abducted in Abalak, Niger in Oct 2016. An indication that he might be held by different group, and also tells us something about JNIM’s areas of operations. 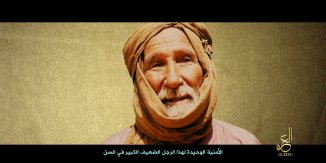 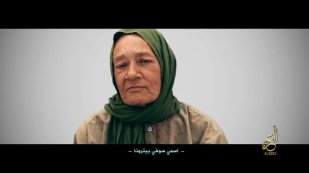 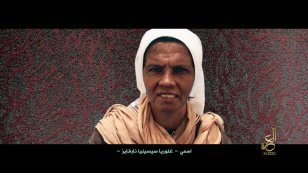 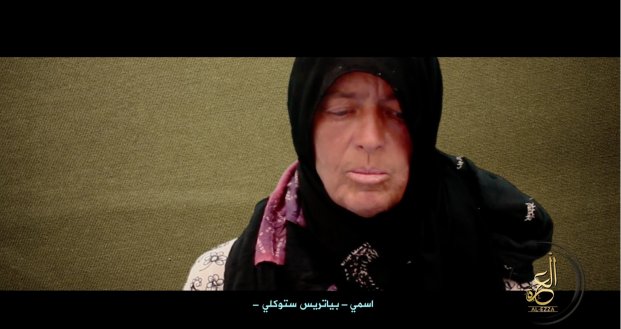 Maghreb and Sahel
Blog at WordPress.com.